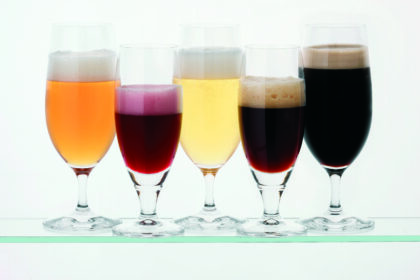 There are different types of beer depending on:

1.1. Categorization according to the type of raw materials used

Beer is traditionally made from barley malt, hops, yeast and water.

Part of barley malt can be replaced with other raw materials that also have starch or sugars depending on the recipe followed. e.g. rice, sugar, corn, wheat and more.

Under German law, also known as the “Beer Purity Law” (Reinheitsgebot), lager beers can only be made with barley, hops, water and yeast. This law was established in 1516 in Ingolstadt, Bavaria, by Julius IV, Duke of Bavaria.

The same law applied in Greece, but recently the Greek legislation was adapted to the European one and now other sources of starch and sugar can be used as raw materials, such as sugar, maltose syrup, glucose syrup and wheat malt.

In addition, there are beers to which other ingredients are added such as fruit and are usually characterized by very special taste characteristics.

Beer is generally produced in many different variations and every brewer is able to make beer with special characteristics.

There is no special nomenclature depending on the raw materials used in each beer. There are mainly those that are made from wheat malt in a large percentage and are called Greek wheat and internationally Wheat Weizenbier or Weißbier or white beers . Subcategory is Hefe-Weizen which means unfiltered wheat beer with yeast precipitate in the bottle.

1.2. Categorization according to the type of yeast

We distinguish two main types of beer, depending on the type of dough or yeast used and in particular the yeasts selected for its preparation.

Beers in this category are the most widespread and most consumed.

The type of yeast used for these beers, has the property that after the end of the fermentation there is a subsidence at the bottom, which is why they are called in Greek well fermenters or bottom brewer beers.

Lager beers are fermented at lower temperatures, usually 6-12 ° C while the post-fermentation-maturation process takes longer. For this reason, the beer that is finally produced is stored in warehouses, a fact that led to the term lager, which in German means warehouse.

These beers have less esters and a clearer taste.

The type of yeast used for these beers, has the property after the end of the fermentation to rise to the surface. In Greek it is also called frothy beer or frothy beer. This type of beer is fermented at relatively high temperatures of 15-20 ° C, while the post-fermentation usually lasts a short time.

At these temperatures the yeast produces a significant amount of esters and other by-products. Thus, these beers can be fruity with aromas and flavors reminiscent of, among others, apple, pear, pineapple, banana, plum.

As a third category, we can consider beers that are produced by natural fermentation, ie they are fermented in open containers with the help of environmental yeasts and without the addition of yeast. These beers look more like Ale.

Lambic are Belgian beers that are fermented by spontaneous fermentation from existing wild yeasts and not by the addition of cultured yeasts from the outside, with the result that these beers differ significantly in aroma and taste. Yeast species such as Brettanomyces bruxellensis and Brettanomyces lambicus are found in lambics. In addition, other organisms such as lactobacilli produce acids, which give them a sour taste.

Lambic subcategories are Kriek with cherries, Faro with sweet taste and Framboise with raspberry.

1.5. Categorization according to caloric value.

Here are classified Light beers with a caloric content of 30-40% lower than usual.

Lager beer with a light yellow to golden color and characteristic bitterness in the taste, which is prepared only with barley malt and hops according to the German “law on the purity of beer”. The name comes from the town of Plzen in the Czech Republic since 1842.

Stout and Porter are dark beers made with roasted malt or roasted barley and fermented by slow fermentation.

There is a great variety such as dry and Imperial stout and the Baltic porter ,.

The name Porter first appeared in 1721 to describe a dark beer that was very popular with porters in London. This same beer later became known as stout, although the word stout has been in use since 1677. The story of Stout and Porter is parallel.

The more the blonde malt the lighter the color.

Amber ale is a term used in Australia, France and North America for pale ales brewed with a percentage of crystalline malt to give an amber-colored beer from light copper to light brown.

American Pale Ales have about 5% alcohol by volume with high amounts of American Cascade type hops. The style is close to the India Pale Ale (IPA) type although they are louder and with more intense hops. It is also close to the Amber Ales, although the Amber Ales are darker due to the use of crystalline malt.

Bière de Garde is a light blonde beer traditionally brewed in the Pas-de-Calais region of France. This beer was brewed on farms in winter and spring, to avoid problems with yeast due to the higher summer temperatures.

The name comes from the fact that after bottling it was stored in cork bottles for a long time to be consumed later in time.

There are several beers of this type in France but the most famous are: Brasserie de Saint-Sylvestre, Trois Monts (8.5% abv); Brasseurs Duyck, Jenlain (6.5% abv); and Brasserie La Choulette, Ambrée (7.5% abv).

Blonde ale is very light in color. The term “Blonde” for light colored beers is very popular in Europe and South America, mainly in France, Belgium, England, USA, Brazil, although these beers do not have much in common except the color.

In England, gold or summer ale was developed in the late 20th century to compete with light lagers. A typical golden ale has a look and profile similar to that of a pale lager. Alcohol is 4% to 5% by volume. Belgian blondes are usually made with pilsner malt.

In the second half of the 19th century the recipe for pale ale began to be used in the brewery “Burton upon Trent”. These beers were considered to be of very high quality due to the synergy between malt and hops and the chemistry of the local water, especially in the presence of gypsum. Burton retained complete control of the pale ale until a chemist, CW Vincent, discovered how to reproduce the chemical composition of Burton-upon-Trent water, enabling every brewery to produce pale ale.

The term first appeared in the early 19th century as part of the appearance and spread of Pale Ale. The Breweries characterized the beers as “pale ale”, while the consumers considered the same beers as “bitter”. Consumers are thought to have used the term bitter to distinguish these pale ales from others that had a less hops aroma. They are usually grouped into normal bitter (up to 4.1% abv), special bitter (between 4.2% and 4.7% abv) and strong bitter (4.8% abv and above).

Irish red ale, red ale, or Irish ale is a name used by brewers in Ireland.

In the United States, the name describes a dark amber ale or red beer that is lager with the addition of caramel.

India Pale Ale or IPA is a type of pale ale developed in England for export to India.

Strong pale ales are ales with the use of light malt and have an alcohol starting from 5%, usually a little higher 7 or 8% by volume and can reach up to 12%.

American strong ale, is a large category in America and includes beers with an alcohol content of 7% by volume and up. Beers in this category can also be described as double India Pale Ales, or barley wine or old ale depending on the style.

Strong Ale that mainly exists in Britain. This is pale ale with alcohol over 5% by volume.

Scotch ale is the Edinburgh version of Burton Ale: dark, bittersweet, often with a slight metallic taste, and generally strong.

Mild ale tastes like malt. They are dark with an alcohol content of typically 3% to 3.6% by volume. However, there are with less than 3% or even with more than 6%.

It is usually marketed in Britain where ale is consumed more than any other part of the world.

Cask conditioned ale is sterile and is consumed in barrels in pubs. Ales are also widely produced and consumed in Belgium, Germany and France.

“White” beers are also called ‘wheat’ beers because they are produced with a high percentage of wheat malt in addition to barley malt. They belong to the wider Ale category, are highly aromatic, are produced with foam and are usually unfiltered. There are Weiss species that are dark (Dunkelweiss) or filtered (Kristallweissbier).

Strong fermented beers brewed in six monasteries: Chimay, Orval, Rochefort, St Sixtus and Westmalle in Belgium and Schaapskooi in the Netherlands with a protected designation of origin.

It is a pale lager and is produced in Dortmunder, Germany.

The name comes from the German word meaning “dark”. Dunkel are dark beers, brown or reddish brown, not too bitter with a strong malt taste.

All beers with a dominant element in the aroma and taste of the fruit.

German word meaning traditional or old. It is a style of beer that is usually brewed in Dusseldorf and some other cities in northern Germany. It is ale with dark copper color.

What you can read next 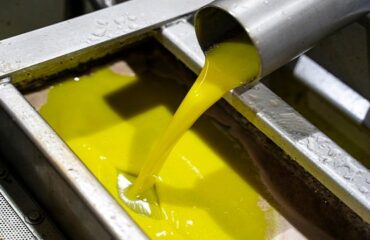 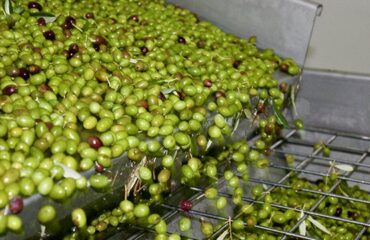 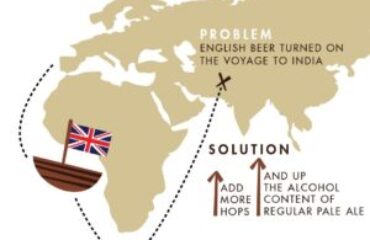 We use cookies on our website to offer you the best experience. By clicking on the "Accept all" option, you consent to the use of ALL cookies. However, you can visit "Settings" to provide controlled consent.
Settings Accept All
Manage consent

This website uses cookies to improve your experience while you navigate through the website. Out of these, the cookies that are categorized as necessary are stored on your browser as they are essential for the working of basic functionalities of the website. We also use third-party cookies that help us analyze and understand how you use this website. These cookies will be stored in your browser only with your consent. You also have the option to opt-out of these cookies. But opting out of some of these cookies may affect your browsing experience.
Necessary Always Enabled
Necessary cookies are absolutely essential for the website to function properly. These cookies ensure basic functionalities and security features of the website, anonymously.
SAVE & ACCEPT
X Close
0